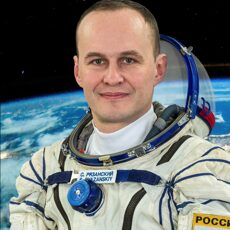 1996 – graduated from the biology faculty of Moscow State University. Worked in the Institute of Medical and Biological Problems of the Russian Academy of Sciences.

Ph. D in Physiology and Aviation and Space Medicine.

Graduated with Honors from the Master’s Program of the Russian Presidential Academy specializing in National Economy and Public Administration.

2003 – enlisted as a candidate in the Astronauts Team of Russia.

Lectures are focused on leadership, motivation, team building, working in stressful conditions. All examples are based on his unique experiences: being selected and trained to be an astronaut, living and working in multi-cultural teams on the International Space Station (ISS), performing spacewalks, dealing with crises.

Highlights of the speech:

All lectures include photos and video footage made during his training, living and working on ISS, outer space missions, debriefs upon return to Earth.