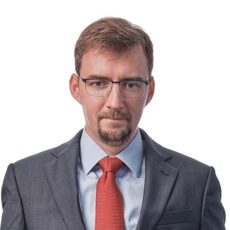 Ivan Timofeev has been a Director of Programs at Russian International Affairs Council (RIAC) since 2011. He is responsible for the intellectual performance of RIAC, leading a team of 20 full-time experts and covering more than 30 research and educational programs.

Ivan combines policy research with an academic career. Since 2006 he has been teaching at MGIMO-University – a leading school on International Relations in Russia. In 2009 he was elected as an Associate Professor and qualified for this position in 2012, 2015 and 2018. In 2009-2011 Ivan was heading the Center for Analytical Monitoring at MGIMO.

Since 2015 Ivan is a part of Valdai Discussion Club – a community of international experts on foreign affairs and global issues where he has led programs on Euro-Atlantic affairs and Russia-West relations.

He is an author and co-author of more than 80 publications, issued in Russian and international academic press. His works are published in English, Italian, French, Spanish and Chinese. He is a member of board of “Comparative Politics” – an academic journal on Political Science and International Relations.