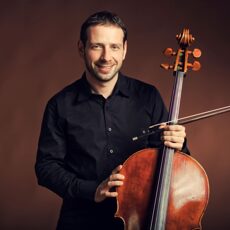 Boris Andrianov is one of the most talented and sought-after cellists in Russia. The leading German press wrote about him: "A young Russian cellist plays like God."

The author and Artistic Director of such famous festivals as VIVACELLO, VIVARTE (in the Tretyakov Gallery), Star Generation, Musical Expedition.

The geography of his tours is extensive – England, Italy, France, Spain, USA, Mexico, Japan, China, Sweden, Israel, Norway, Austria, Malta and other countries where Boris performed with the leading conductors and with solo concerts.

He is the first Russian cellist after Rostropovich who gave a master class at King's College London.