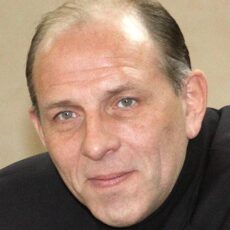 Permanent captain of the Russian national handball team from 1995 to 2004, the best handball player of the 20th century in Russia. He played 312 matches for the national team and scored 1 goal. Lavrov was the flag-bearer of the Russian Olympic team at the Opening Ceremony of the 2000 Olympic Games in Sydney.

He played for the club "SKIF" (Krasnodar), clubs in Germany, France and Croatia. Winner of the Cups of France, Germany and Croatia. Silver and bronze medalist of the French championship, champion of Croatia. He was recognized as the best goalkeeper of the German championship.