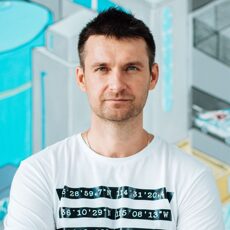 Alexey Yuzhakov is a serial entrepreneur and investor in innovation business. He is one of the founders of several companies that implement technological approaches in the field of systematization and supervisory control of buildings, agriculture, and, of course, robotics.

In 2014, he attracted the first investment to implement the Promobot prototype.

In four years, the startup has gone from the execution of piece orders for Perm shopping centers to the production of large consignment of robots for Russian and foreign customers.

In 2018, more than 170 autonomous service robots were produced, and the geography of their deliveries expanded to 35 countries.